Most people enjoy the thick green creaminess of matcha, but only a few know the different wonders of this green tea product has to offer.

If you’re one of them, then you’re in the right place. In this article, you’ll discover 25 Incredible Health Benefits that Matcha has to offer. And believe me or not, after reading this, there is no doubt that you’ll become a Matcha-holic!

One of the famous green teas that everybody loves is matcha.

Matcha the word matcha comes from the Japanese word “ma” which translates to rubbed or ground, while “cha” means tea.

It is a powder form of green tea that ground from young tea leaves. The powder is usually whisked with hot water to produce a concentrated tea drink.

The way of making macha tea is different from regular green tea that the leaves are infused in water, then removed.

Matcha leaves are grown on green tea bushes kept under shade. The shade increases the amount of chlorophyll content in the leaves, which is full of nutrients and makes them bright green in color.

The leaves are picked by hand, and the stems and veins are removed.

The practice of preparing and drinking macha tea was first popularized among Chinese Zen Buddhist monks around 900 years ago. It was then brought to Japan by a Japanese monk.

Traditional Matcha preparation is spiritual and meditative by nature. It require specific tools and following a careful step-by-step process.

In the 11th century, this ritual was brought to the Japanese, who have been preparing and sipping the frothy tea drink ever since. Although macha tea has become less popular in other parts of Eastern Asia, it has remained its prominence in Japanese culture.

The typical benefit of matcha is that it has antioxidants and nutrients that help make you look younger.

25 Incredible Health Benefits of Matcha that you should know

Macha is rich in L-theanine, that is a bunch of glutamate bonded together.

In neuroscience, glutamates molecules are essential neurotransmitters. These are chemicals that transmit signals from neurons to other neurons.

Though it is said that science is far from complete, it’s generally agreed that glutamates play vital roles in learning and memory.

Matcha contains up to five times as much L-theanine as regular green tea, and it dramatically improves brain function and concentration.

L-Theanine in matcha rapidly enters our bloodstream in large quantities. They can cross the blood-brain barrier very quickly, sometimes within a few seconds.

A study found out that these molecules stimulate the brain’s alpha waves, as measured by an EEG (electroencephalography) test, which measures neural activity.

The presence of alpha waves indicates a state of alertness. Since L-theanine triggers these waves, we feel focused and alert when we drink matcha.

Matcha, as one of the most famous green teas, also increases brain power because of what L-theanine can do. Since it 5-times more than what the usual green teas give, you can handle cognitive-heavy tasks like writing, coding, analysis, and anything that requires sustained use of brainpower with ease. All thanks to L-theanine.

Since matcha is more than not just your ordinary cup of tea, it gives you more caffeine that enables you to work more efficiently and effectively because you feel more awake.

It lets you keep your eyes open, especially when you have a lot of things to do during the day.

In combination with the effects of L-Theanine, the caffeine hit of matcha is pleasant yet alert wakefulness that is calm but long-lasting.

We usually feel alert after we drank coffee. Still, that alertness is often accompanied by unpleasant side effects, including jitteriness and even panic and paranoia, and is usually followed by a “crash.”

The combination of caffeine and L-theanine in matcha tea provides a stable and extended boost of energy without the anxious, jittery or side effects like you might have previously experienced with coffee and energy drinks.

Matcha helps strengthen the immune system and confine the attack of free radicals in the body.

Matcha contains a unique catechin antioxidant called EGCG or Epigallocatechin gallate, which binds to cells in the body and prevents the growth of many disease-causing microbes. It is useful in fighting and protecting the body against various bacterial and viral infections.

7. A More Relaxed You

Studies show that Matcha’s L-theanine promotes a feeling of relaxation while reducing mental and physical stress.

It results in a relaxed state of mind and a pleasant disposition.

Bad breath is a common problem dealt with by a lot of people due to bacteria and cavities.

The good news for all Matcha drinkers is that the antibacterial properties of green tea help keep the bacteria and bad breath at bay.

To keep your teeth strong and healthy, drink matcha daily.

Matcha and all other green teas are well known for its ability to aid in weight loss.

Studies show that drinking green tea may help speed up metabolism, increasing energy expenditure and improving the burning of fat, especially when partnered with moderate exercise and proper diet.

You May Also Interested:
10 BEST DETOX TEA THAT IS PERFECT FOR WEIGHT LOSS

10. It is Full of Antioxidants

Matcha, according to researchers, has the highest antioxidant rating of all significant superfoods, and there’s even a test to prove it.

The tannins in matcha shrink pores and reduce the production of oil associated with acne, according to studies.

Matcha is especially beneficial as it removes oil from the skin and slows the production of the oil that causes bacteria and acne.

Clogged arteries that result from atherosclerosis can lead to a heart attack or stroke.

EGCG and caffeine work together to naturally improve metabolism and increase the number of calories burnt daily.

Matcha leaves are shade-grown which allows it to produce extra chlorophyll in their leaves.

Chlorophyll has powerful detoxifying properties, including the ability to eliminate harmful chemicals and heavy metals in the body.

Most tea drinkers know that drinking tea is healthy but forget that their favourite beverage contains vitamins and nutrients.

It also contains minerals like potassium, magnesium, iron, and more.

L-theanine and caffeine work hand in hand in drinking matcha, and it results in an enhanced and pleasant mood that makes you feel graceful but energetic.

Matcha is full of health-promoting compounds, including some that have been linked to cancer prevention. In one study, EGCG in matcha helped kill off prostate cancer cells, and it has also been found to be effective against skin, lung, and liver cancer.

Some studies have found that matcha may help protect the health of your liver.

One study gave 80 people with the nonalcoholic fatty liver disease either a placebo or 500 mg of green tea extract daily for 90 days.

Drinking matcha helps protect the heart from diseases due to the good cholesterol that it promotes, which helps to unclog the arteries.

Observational studies have shown that drinking green tea is associated with a reduced risk of heart disease and stroke when combined with a well-rounded diet and healthy lifestyle.

Matcha Green Tea helps you with your metabolism. The faster your digestion is, the quicker you distribute all the nutrients inside your body and take away wastes from it.

Matcha tea is one of the most-studied drinks when it comes to its benefits for arthritis patients.

It contains polyphenols – antioxidants that are known to reduce inflammation and slow cartilage destruction.

Studies show that EGCG in matcha blocks the production of molecules that cause joint damage in people with rheumatoid arthritis (RA).

The antioxidant-rich green tea may be useful in the prevention of onset and severity of arthritis.

One of the most unexpected health benefits of matcha tea is that drinkers experience a steady stream of energy throughout the day.

In one study, researchers had thought that this was from the caffeine in matcha, but they found that it was the combination of caffeine and L-Theanine.

No matter how busy and hectic you are throughout the day, matcha’s got your back!

Polyphenols, found in matcha are now being considered therapeutic agents in well-controlled studies. The tests aim to find out how to use the compounds to alter the brain ageing processes.

It has potential as a neuroprotective agent in preventing disorders such as Parkinson’s and Alzheimer’s diseases.

Several types of carotenes exist in tea leaves, but B-Carotene is the most common.

B-Carotene converts to Vitamin A once absorbed in the body and has shown to help promote better vision and eliminate free radicals with its strong effects as an antioxidant.

Nothing is more rewarding than drinking a cup of Matcha green tea after a tiring day. It satisfies your taste buds and brings a lot of nutrients throughout the body.

So, what do you think? Did this article make you a Matcha-holic? Are there some benefits that I haven’t mentioned above? Please let us know and connect with us through your comments below. We would love to hear from you! 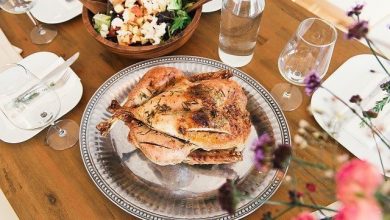 How Long Does Chicken Last in the Freezer? 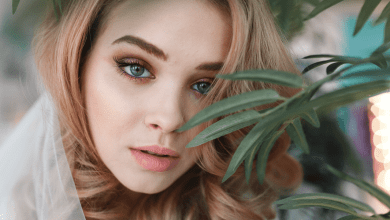 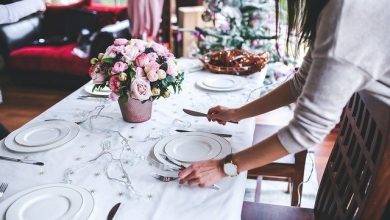 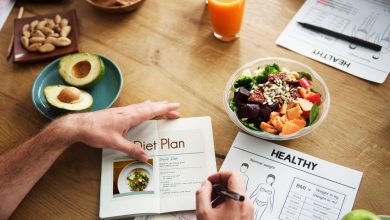